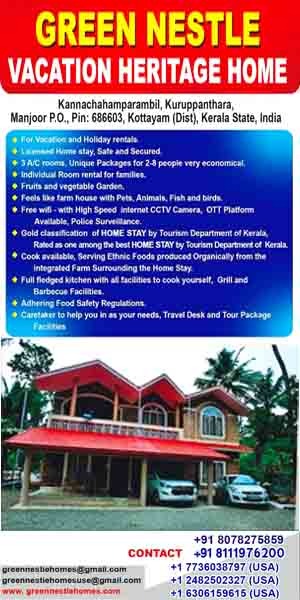 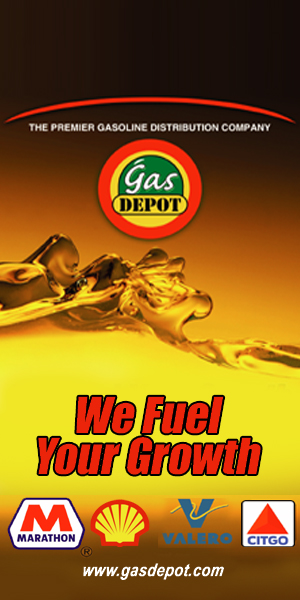 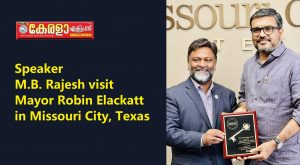 Texas: On Memorial Day, Speaker of Kerala Assembly Honorable M. B. Rajesh visited Mayor Robin Elackatt at the City Hall in Missouri City, Texas. The Speaker was visiting Houston for the Inauguration of India Press Club of North America. Both Speaker and the Mayor attended the Inaugural event and during Mayor’s speech, he had extended an invitation to the Speaker to visit City of Missouri City.

Speaker Rajesh accepted the invitation by the Mayor. Even though the City Hall was closed due to Memorial Day, Mayor’s staff along with Missouri City Police worked around the clock to make the visit very hospitable for the Speaker. 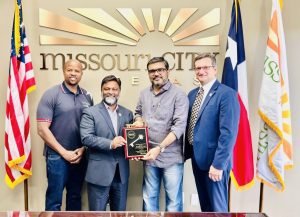 During the visit, Mayor Elackatt shared the vision for the City while highlighting the newly approved projects for the calendar year 2022 and 2023. Speaker pointed out that during his drive to the city, he has seen the growth from a construction perspective and complimented the 1.9 Million square foot Amazon facility in the city. State Representative Reynolds shared the structure and governance of the State and Cities in Texas.

The meeting moved from the conference room to the Mayor’s Office where Mayor Elackatt presented the Honorable Speaker with “Key to The City”. Mayor Elackatt explained to the Speaker and the crowd that this is the highest award that a Mayor can give a citizen or a Guest of Honor. He said, “Key to The City simplifies the openness, friendships and collaboration between the Speaker M. B. Rajesh and myself.” He continued, “I look forward to working with Speaker Rajesh and Government of Kerala in the future. With this key, the Speaker now has access and open door to the City.” 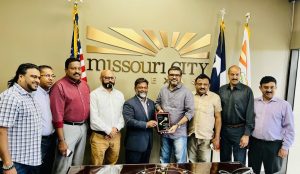 After the meeting the Honorable Speaker said to the press that he was very proud and this was indeed a great moment in history for him and The Kerala Government to visit a City in America, where the Mayor of the City is from his country, his State and speak his language of origin. The meeting lasted for about an hour. The India Press Club of North America (IPCNA) President Sunil Thymattom, IPCNA 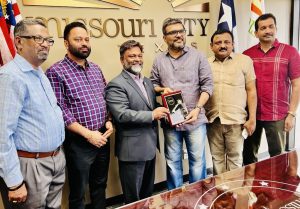 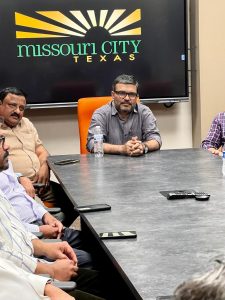 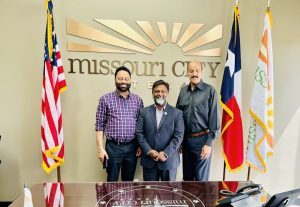